Powertrain systems are becoming increasingly complex and, at the same time, efficiency and the demands for testing accuracy are also increasing. This can be seen in the new regulations, such as Euro 7, and in the new standard cycles, such as WLTP and RDE. A number of different tools from various suppliers are typically used during powertrain development – each of them covering a very specific part of the powertrain development cycle. To increase the efficiency of a development cycle and to make evaluation of concepts possible even before they physically exist, an integration, co-simulation and co-validation platform has been realized in which different models from various sources can interoperate.

This platform can be applied throughout the entire development process. In the initial development phases, it enables collaboration between various professional disciplines; in the subsequent physical powertrain and ECU validation phases, it facilitates the use of models on the test bed, which were developed without any loss in quality, during the design phase.
The models from third-party tools can also be incorporated in the form of a file, which means that there is no longer a need for the presence of real third-party tools to simulate the system as a whole. However, it is also possible to keep the third-party models in the original software during integration.
What is the benefit?: It is now possible to validate a new hybrid powertrain concept or scale the air circuit of a new engine, its turbo, and its EGR system by evaluating pollution emissions and fuel consumption long before the physical existence of the parts or the system.

Models are becoming more complex and contain highly detailed information. The idea of executing such complex models in real-time with real-components is attractive. However, due to the complexity of the models, a process of simplification is normally applied, allowing the potential to execute those simplified models in real-time. As a result of this simplification, the tests become less representative.
More specifically, this means that an engine tested on the test bed may, for example, display satisfactory results, yet generate quite opposite results during driving cycles on the road. During the validation phases, such as Hardware-in-the-Loop and Engine-in-the-Loop, the different physical components begin to appear. These elements must be connected to the components which are still in the modelling phase.
“Without executing complex models in real time, it is impossible to obtain a high level of precision on the HiL or engine test beds; quick prototyping on the HiL test bed or calibrating the ECU on the engine test bed is no longer possible”, explains Dr. Hassen Hadj Amor, Product Group Leader at FEV Software and Testing Solutions.
FEV has realized a platform that enables real-time connection of hardware and models without compromising the quality and representativeness of tests since the precision of the model is retained and can be reproduced directly in real-time and in a deterministic way on the test bed. To assure this, unique features have been incorporated, that allow multi-solver and multi-core execution with advanced algorithms for data prediction.

This platform has been developed by the well-known public-sector research, innovation and training center “IFP Energies Nouvelles”. Until today, numerous licenses have been installed at customer systems in Europe and Asia under the name xMOD and are delivering a great performance there. During the next year, FEV will offer the co-simulation and co-validation capabilities as standalone software solution and will also integrate it into the MORPHEE suite. Numerous model libraries will complete the offering and enable customers to benefit from FEV’s long-lasting expertise in the field of powertrain development, thus making it a powerful tool for powertrain and ECU development and validation processes.

>> In the CO-simulation and CO-validation environment, different models from various sources operate together 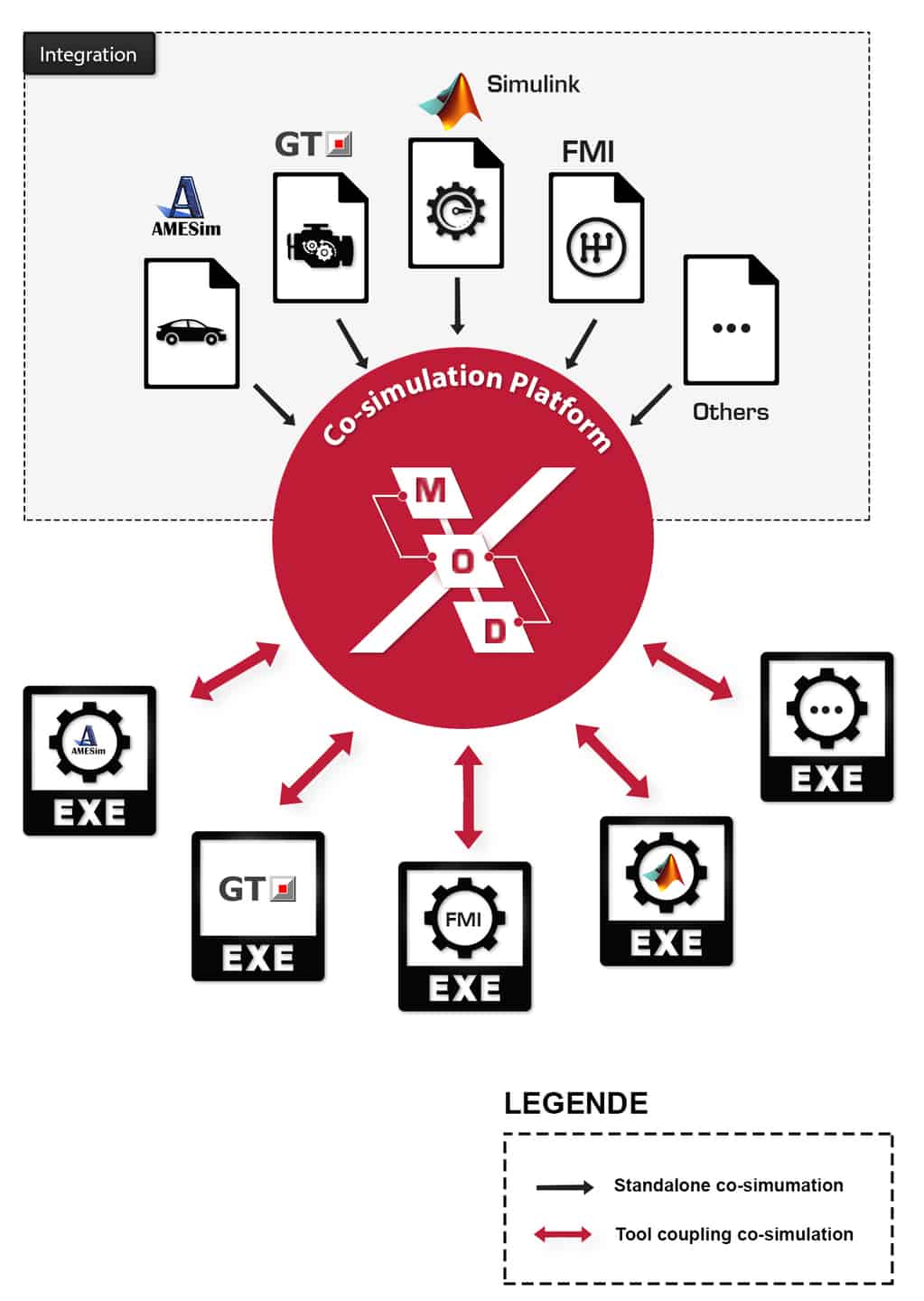