FEV has expanded its range of large bore engine development products: At our test facility on the Neuenhofstrasse in Aachen, Germany, a single-cylinder engine in the now-familiar FEV-SCE engine family with an engine displacement of 17 liters and a maximum output of 620 kW has been put into operation. The medium speed engine from the LB 20-40 series has a bore of 260mm and a stroke of 320mm and is initially configured as a diesel engine. FEV also plans to run the engine on gas or heavy fuel oil in forthcoming development projects.

This unique test cell allows FEV to offer its customers a needed, additional service. The availability of a test cell with a medium speed single-cylinder research engine installed enables a considerable reduction in the cost of developing combustion processes and mechanical  systems for such large bore engines. But the benefits are not only measured in currency; this  benefit also applies to achieving significant reductions in development time. The ability to realistically reproduce combustion boundary conditions such as combustion geometry, gas exchange and fuel injection not only enables a reduction in the cost of conducting testing, but the cost of parts, operating costs and procurement times can all be reduced significantly, as well. The engine is also available for functional tests as well as for testing thermal and mechanical loads and for endurance testing.

In order to enable the new single-cylinder test cell, all of the test cells peripherals were redesigned. This enabled operation of the installed, three-phase, asynchronous machine with a single-cylinder motor at an output of over 1,200 kW. The single-cylinder motor is coupled to the asynchronous machine by means of an elastic coupling. Both components are mounted on a common sprung base. The two separate oil circuits are supplied with pre-heated, filtered oil from two independent oil conditioning systems that are used for mass balancing and for  crankshaft and camshaft bearings, as well as for the valve train.

An uninterrupted power supply from a battery ensures that the oil supply to the engine does  not come to a stop during the discharge phase in the event of a power outage. The installed  fresh air compressor system enables manifold pressures of up to eight bar to be reached. In addition, the FEV Test Systems media conditioners “CoolCon”, “FuelCon” and “FuelRate” have been implemented. They enable the engine to be operated under very tightly controlled operating condition specifications in terms of cooling, fuel supply, and accurate and continuous measurement of fuel mass flow.

Modular tool for a variety of engine configurations

Because of the modular design of the FEV singlecylinder engine, it is easy to reproduce different engine configurations. Customized engine designs and strokes can be achieved by adapting a small number of interchangeable components such as liner carrier and crankshaft. Customer-specific components – such as cylinder units with cylinder head and liner, connecting rod und piston – can also be adapted within the single cylinder engine. The FEV single cylinder large bore engine is a robust and flexible development tool that also meets future needs such as attainment of a maximum firing pressure of 300 bar. Test bench and engine will be available to the customers for development programs on existing and new large engines, operating with Diesel, gas or heavy oil. 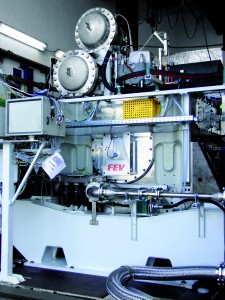 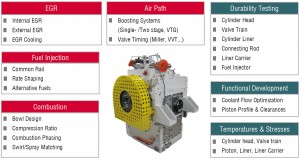 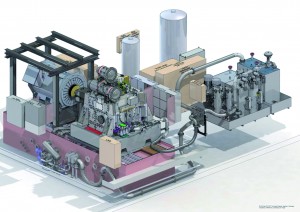 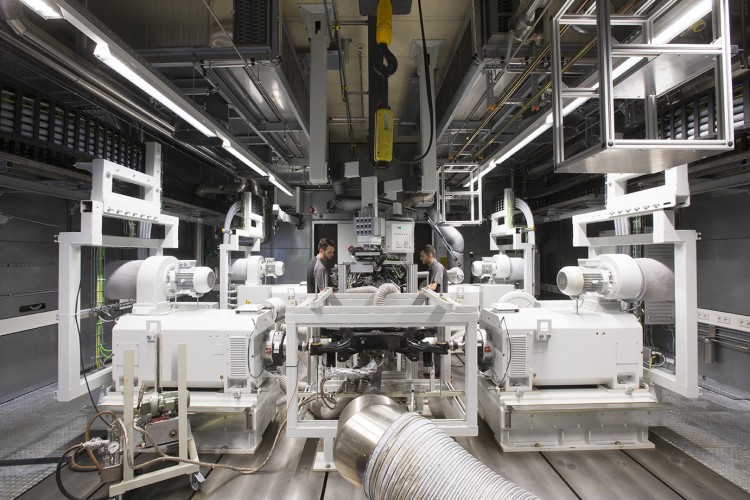 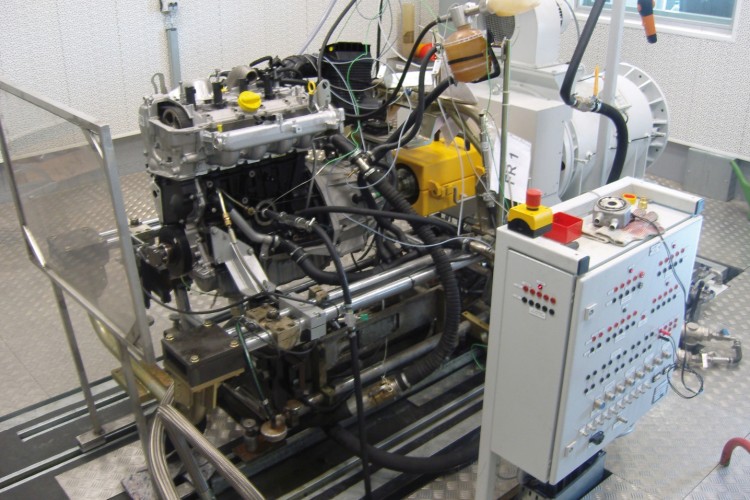 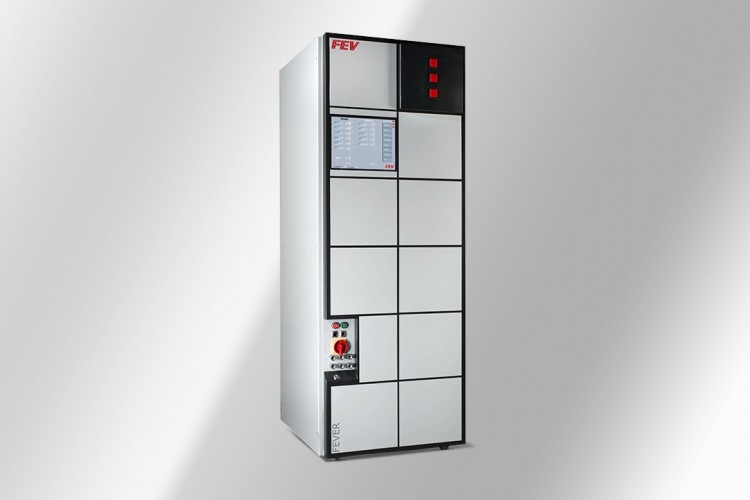