Since its creation, FEV has continuously faced the challenges of the time and developed solutions that made powertrains more efficient and mobility safer and more sustainable. Many of these innovations later made it to serial production and are here to stay. That’s reason enough to present a few here.

Three-Way Catalyst – Since the Early 1980s
The three-way catalyst is a technology for gasoline engines that enables an effective purification of the exhaust, and FEV has made significant contributions to its development. The three-way catalyst got its name from its simultaneous transformation of the three pollutant groups – carbon monoxide, hydrocarbons, and nitrogen oxides transform into carbon dioxide, nitrogen, and water. This is made possible through a coating with a washcoat and precious metals, such as palladium and rhodium. While palladium promotes the oxidation process, rhodium reduces nitrogen oxides, and pollutant emissions are reduced by more than 90 percent.

Variable Valve Control – End of the 1980s
The use of variable valve control enables the dosing of the respective quantities of air or fuel mixture present in combustion engines. This, depending on the amount of power needed, optimizes combustion and saves fuel. This opens up completely new possibilities with regard to performance and costs. FEV has successfully developed and implemented many various concepts, from simple hub switching to fully variable mechanical and electro-mechanical valve gears for different displacement categories and cylinder numbers for gasoline and diesel engines.

Spray Guided Turbo
The 4-cylinder gasoline engine with turbocharger and direct injection developed by FEV produces 160 kW/90 kW/ l and develops its maximum torque of 320 Nm from 1,800 rpm. The engine is designed for operation with ethanol fuel and has a peak pressure capability of 140 bar. In addition to a combustion process specifically designed for enthanol, modifications to the inlet valve, seat ring, ignition system and crankcase breather are major adjustments made to the engine. The engine can be started at -10 ° C without additional cold-starting aids. 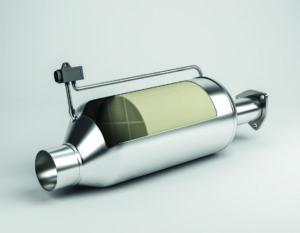 FEV developed and patented the world’s first serially produced Diesel Particulate Filter (DPF) together with Peugeot. The DPF is capable of reducing 99 percent of particle emissions. FEV not only impressively demonstrated the development potential of combustion engines, at the same time, it was able to raise general awareness of exhaust purification. Particulate filters are now used in all passenger cars and utility vehicles and have been constantly improved with regard to size and efficiency over the past 20 years. Initially designed for diesel engines, they are now also used in gasoline engines as gasoline particulate filters. 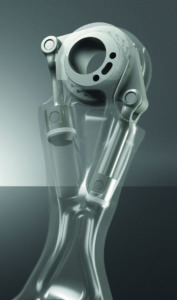 The Variable Compression Ratio (VCR) technology in gasoline and diesel engines meets the challenges of future emissions legislation through the expanded operating ranges facilitated by the ability to optimally adjust the compression ratio at any time. This approach considerably reduces CO2 emissions and significantly mitigates exhaust emissions in real operation.
Its efficient design makes it possible to use this system in compact powertrains of the future without having to significantly modify the basic engine. 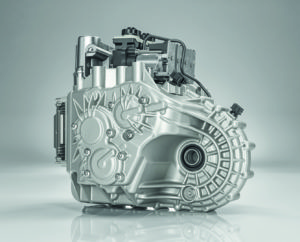 With the extremely compact xDCT transmission range, FEV encountered available 7-speed dual-clutch transmissions pushing the limits with regard to size, weight, and costs. These power-shifting, compact solutions from FEV enable more speeds with the same or an even lower complexity of the transmission, which translates into cost-effective production costs. The short first speeds along with a small 1-2 speed step also enable the provision of a very comfortable start-up and creep behavior. 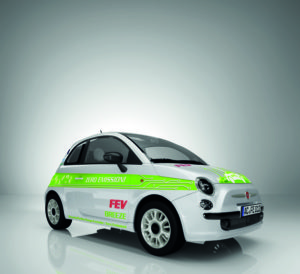 To counter the fears regarding range for electrically powered vehicles, FEV, as part of the joint project “BREEZE!”, has integrated a fuel cell range extender into an already-existing battery-powered vehicle belonging to the subcompact category (Fiat 500). In view of the limited installation space, this was a particular challenge.
The maximum speed of the vehicle is 120 km/h and is independent of the state of charge of the battery. Due to installation space, the range of the battery is 80 km and the additional range of approx.
200 km provided by the fuel cell module is limited by the hydrogen tank. Hydrogen refueling can be done within a few minutes. 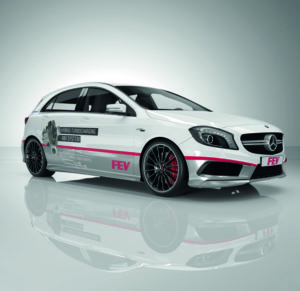 One example of powertrain electrification, suitable for series production, is the AMG A45 concept vehicle: FEV engineers have integrated a belt-driven starter generator and an E-Charger into the powertrain. Both are connected with a specially developed 48V Li-ion battery, while a hybrid control unit regulates the energy flows. At low speeds and highly dynamic load changes, the electrically operated E-Charger and BSG support the twin scroll turbocharger, which is designed for maximum performance. This means that the maximum torque is available much earlier than in the standard version. The result: elasticity and response of the already very sporty AMG A45 increase noticeably and the number of gears shifts can be minimized with simultaneous reduction of fuel consumption. 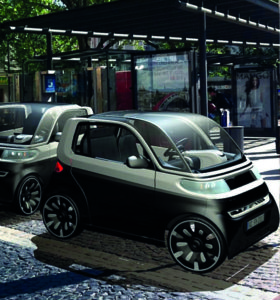 Since 2016, FEV has been bundling all of the steps associated with advanced, fully networked, automated vehicles in its “Smart Vehicle” Center of Excellence. Smart Vehicles include a number of development fields in a rapidly progressing, highly complex environment – from sensor technologies to software algorithms all the way to electrical/electronic architectures and connectivity. In this context, FEV develops innovative solutions for advanced driver assistance systems (ADAS), autonomous driving, connectivity, cyber security, infotainment, and driver-vehicle interaction. 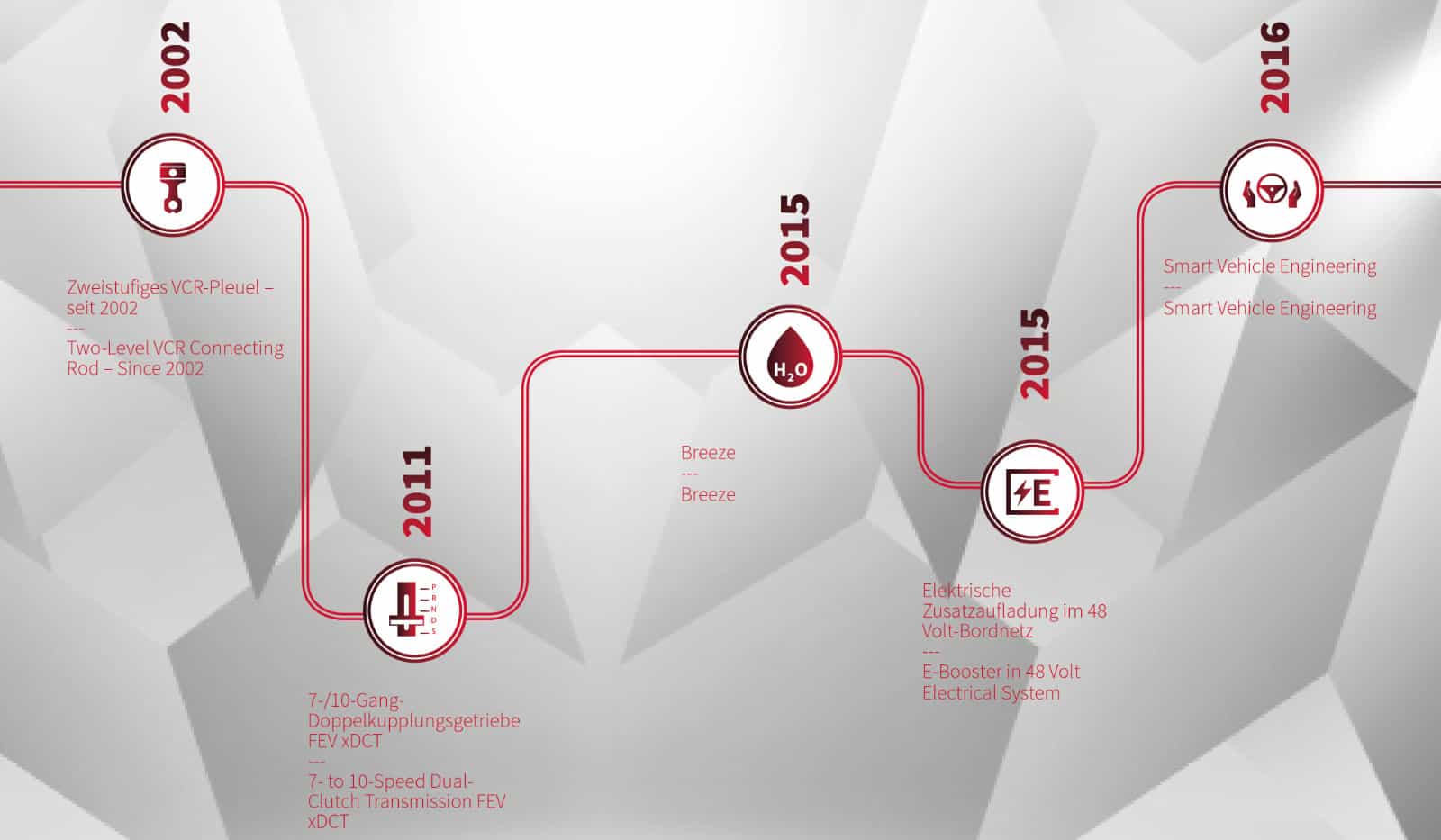